Sizzle Promo for “Marian,” a Dramatic Motion Picture, Debuts on the Web 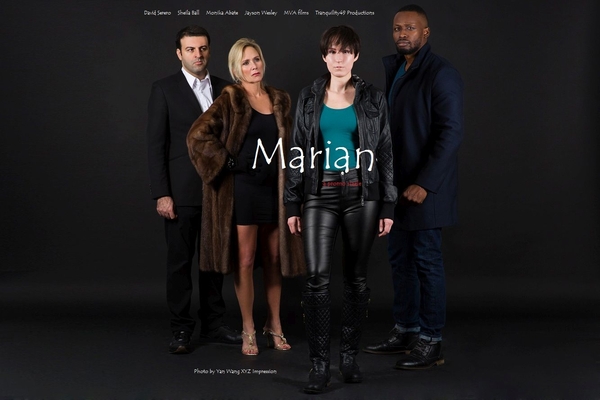 21 Dec Sizzle Promo for “Marian,” a Dramatic Motion Picture, Debuts on the Web

NEW YORK, NY (THE WIRE PRESS) – “Marian,” a feature-film-in-progress, written and directed by Monika Vega Abate, who also fills the title role, will debut a promo “sizzle reel” tomorrow on the internet, embedded at the showcase website http://marianthepromo.com/

“The story is about a woman who hits rock bottom and is forced to make the choice between life or death, after she encounters a mysterious phantom guardian,” she says. “Her protector affirms that she is the re-embodiment of a legendary woman warrior, whose duty it is to battle against self-destruction.”

Patrick A. Berzinski, CEO of Tranquility49 Productions, and Ms. Abate, principal of MVA films, are co-producers of the promotional reel.

About Monika Vega Abate
Ms. Abate is a resident of Weehawken, N.J., and a professional actress, writer and director. “Marian” is her first feature film project. She is a graduate of the School of Visual Arts (SVA) in New York City. By day, she is a Facilities Supervisor at a major corporate organization in New York.

To arrange an interview with Monika Vega Abate, please call Tranquility49 PR at +1-212-519-8628 and ask for Ms. Jennifer Esposito.

Tranquility49, the “communications boutique for the 21st century,” is a broad-spectrum media-communications firm located in the heart of New York City. For more information, please visit www.tranquility49.com