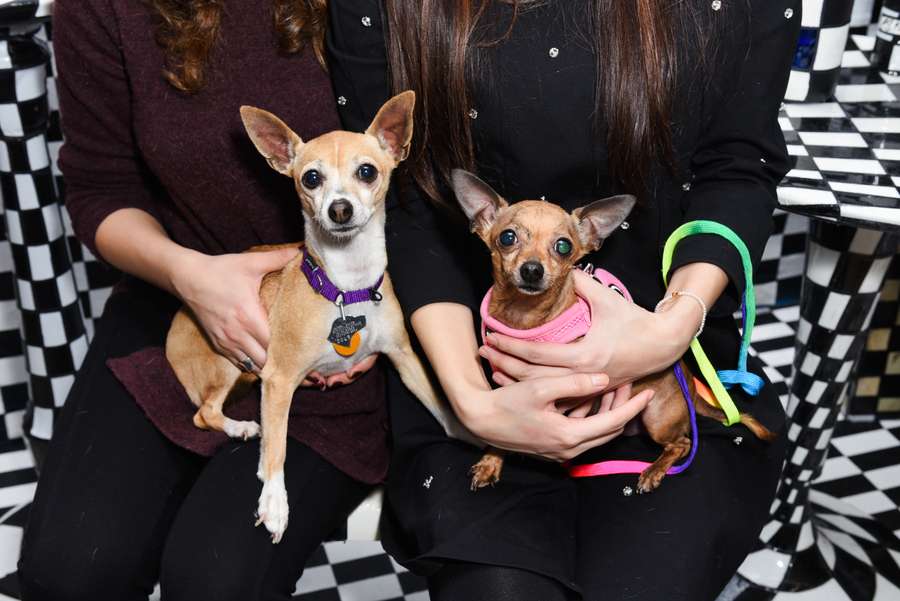 One of the highlights of this year’s New York Fashion Week was the eclectic Animal Ashram’s Pop-Up Penthouse at the luxuruous Hotel on Rivington. The non-profit event, hosted by Actress and Animal Ashram’s Founder Leesa Rowland, created a one-day haven for yoga, animals and fashionistas.

The event also spotlighted two incredible musical performances, the first from singer Tiffany Brevard, who sang “Take me Home.” The second was from Trans-Siberian Orchestra performers Chloe Lowery accompanied by violinist Asha Mevlana. The performers hope to help Animal Ashram spread the word about compassion for all animals.

“This years over 56 billion farmed animals will be killed by humans,” said Rowland. “This does not include the fish and other sea creatures whose deaths are so great they are only measured by tonnes. By supporting Animal Ashram’s event you will be helping us protect beautiful animals all over the world..”

Animal Ashram provides grants and funding to worthy organizations and individuals offering sanctuary to homeless and helpless animals of all species. The non profit organization respects and promotes the oneness of life and the principles of ahimsa. Their mission is to raise money for a variety of educational and public outreach programs, provide funding resources, and raise awareness of equality of life among all living beings.

About Animal Ashram Founder, Leesa Rowland:
An actress and author from Rockport and Austin, Texas. She was raised along the Texas Gulf Coast where she learned strong family values and reliance on self-motivation. Her acting career includes both television and full length movie productions. In 2015 she authored a book entitled Discovering the IT Factor Within You. In 2013 she founded a not-for-profit organization known as “Animal Ashram” which is dedicated to education and raising awareness about the plight of abused and mistreated animals of all kinds. Ms. Rowland is a devout vegan, animal activist and spokesperson for animal rights.