adidas Invites the World to Create in New Global Campaign 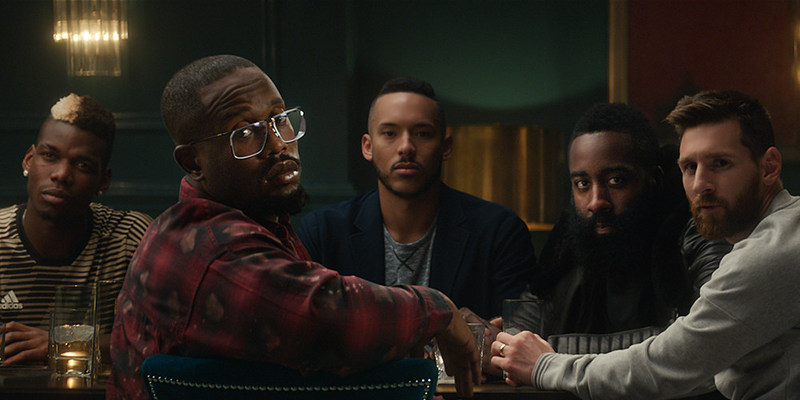 Posted at 08:41h in Fashion by WireBot 0 Comments

(The Wire Press) At the forefront of change are the people obsessed with progress: Creators. Those who have a bias for action, who flip the script and break boundaries are the ones who influence how things are done on the field, track, court, stage or street. With a single unexpected act, Creators can inspire others to invent and shape the world around them.

Today, adidas is launching the latest chapter in its Here to Create campaign – “Calling All Creators.” It’s a multi-dimensional story comprised of long and short-form content across social, TV and adidas.com; rooted in film. This content features some of the world’s most influential athletes, designers, and musicians in sport culture seated at one table. United by their passion to create, these Creators call on athletes everywhere to defy conventions and join the adidas movement by using their imagination to make something new and shape sport culture.

adidas is the original sports brand obsessed with helping athletes make a difference in their game, life, and world. Some of the recent boundary-breaking innovations that make that difference are featured at this table, including:

“The rules of sport are not defined. We believe in the power of writing your own rules, but it will take those who think differently and are confident enough to make it happen. It will take Creators,” said Ryan Morlan, adidas’ VP of Global Brand Communication. “adidas is shaping the future of sport every day through our products, partnerships, and innovations, and with this campaign, we’ve called on some of the most admired faces in sport culture to help us inspire others to find their Creator within, no matter what their field of play.”

While showcasing a number of the brand’s most innovative technologies and coveted footwear, this latest film also features diverse Creators of Sport Culture, representing the present and future of adidas, including:

The campaign, created in partnership with 72andSunny, and will debut online on the adidas YouTube channel today and will be supported around the world, in over 33 different countries including the US, Canada, China, Japan, South Korea, the UK and France.

adidas is relentless in its pursuit of being the world’s best sports brand. As the Creator Sports Brand, adidas is redefining the athletic pursuit as a form of creative expression. To join adidas in changing the world of sport, follow the conversation via #HereToCreate on @adidas Twitter, Instagram and Facebook channels. For more information, please visit adidas.com/HereToCreate.

About adidas
adidas is a global designer and developer of athletic and lifestyle footwear, apparel and accessories with the mission to be the best sports brand in the world. As an innovation and design leader, adidas engineers the best in high-performance products to make athletes better, faster and stronger and creates a range of classic and fresh lifestyle and high-fashion lines.