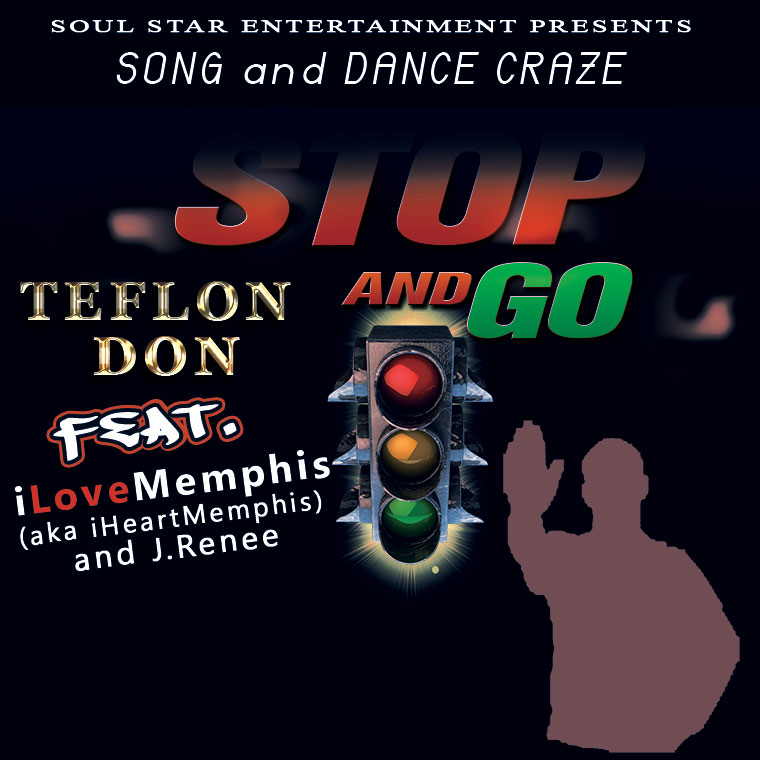 Posted at 11:00h in Music, Music Releases by WireBot 0 Comments

MEMPHIS, TN (THE WIRE PRESS) – Memphis-based rapper, artist and entertainer Teflon Don is announcing a new music single with rapper iLoveMemphis, formerly known as iHeartMemphis, who took the internet by storm with his viral hip hop and dance song “Hit the Quan.”

The new hip hop dance single by Teflon Don featuring iLoveMemphis, which is entitled “Stop & Go,” is produced by new music producer Cashus Magnum, along with co-production by his father, Memphis-own award winning super producer Carlos Broady, who has worked with the likes of Jay-Z, The Notorious B.I.G., Mary J. Blige, Yo Gotti, 2 Chainz, Three 6 Mafia, Indie.Arie, Ghostface Killah, Diddy and many more.

“I was in the studio with Carlos Broady, Cashus Magnum, and Leo Goff working on other songs, then Cashus played a beat for me that was hot,” Teflon states, regarding how the song came to life, adding “I then referred back to my rap book of a dance song I wrote which fit the song.”

“The track was hot but wasn’t filled in completely and super producer Carlos Broady stepped in as the big brother that he has always been to me and he added the cake to the ice cream. As I listened to the song, I thought about iLoveMemphis aka iHeartMemphis because I was in love with his ‘Pause for the Camera song.’ I got on the phone with Miami Mike, iLoveMemphis’ agent, and told him I got a hit but needed iHeart asap. Miami quoted a price, and in less than 24 hours, we were making magic in Leo Goff’s studio.”

Teflon later felt the song wasn’t quite complete and wanted a woman’s voice which led to producer Carlos Broady’s daughter joining, rapper J. Renee, who is featured on the chorus of “Stop & Go.”

January 1, 2017, was the official release date and also marked the beginning of the first #StopAndGoChallenge where contestants have a chance at winning $1,000 every 3 months. The new music single is currently available on iTunes and other online retailers and the contest info can be found on the official Teflon Don website. A portion of the proceeds from the sale of the music single will go to support the dance school U-Dig Jooking Dance Academy.

More is soon to be unveiled on the hot new single “Stop & Go” by Teflon Don, featuring iLoveMemphis and J. Renee.

DJs and media interested in being the first to hear the new single, please use the contact information below.