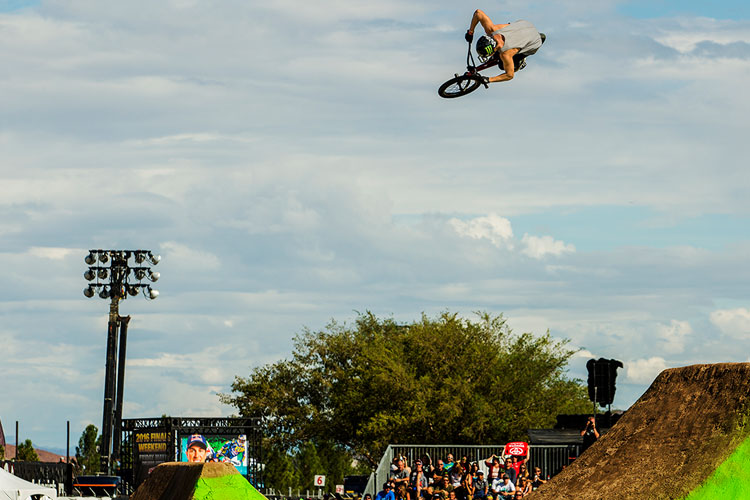 Posted at 17:24h in Motocross, Sports by WireBot 0 Comments

A three-stop series that brings together the best BMX dirt riders in the world.

Corona, California (THE WIRE PRESS) – Monster Energy is proud to announce the 2017 Toyota BMX Triple Challenge at Monster Energy Supercross, a three-stop series that brings together the best BMX dirt riders in the world and combines the best of two worlds, on two wheels. The Toyota BMX Triple Challenge will take place during the Monster Energy Supercross events with the first event on January 6-7 in Anaheim, CA, followed up by the January 27-28 event in Glendale, AZ, and the final event will be on February 24-25 in Atlanta, GA at Motofest.

For three years, Monster Energy has brought the best BMX dirt riders in the world to compete at a unique dirt event that has helped progress the level of riding in BMX.

Each of the three events will have up to 50 riders compete in an open qualifier with the simple goal of giving anyone the change being crowned the overall champion. With just two jumps to lay down the best tricks the riders have, the Toyota BMX Triple Challenge will focus on tomorrow’s tricks from today’s established pros as well as unknown riders looking to make waves.

About Monster Energy:
Based in Corona, California, Monster Energy is the leading marketer and distributor of energy drinks and alternative beverages. Refusing to acknowledge the traditional, Monster Energy supports the scene and sport. Whether motocross, off-road, NASCAR, MMA, BMX, surf, snowboard, ski, skateboard, or the rock and roll lifestyle, Monster Energy is a brand that believes in authenticity and the core of what its sports, athletes and musicians represent. More than a drink, it’s the way of life lived by athletes, sports, bands, believers and fans. See more about Monster Energy including all of its drinks at http://www.monsterenergy.com.