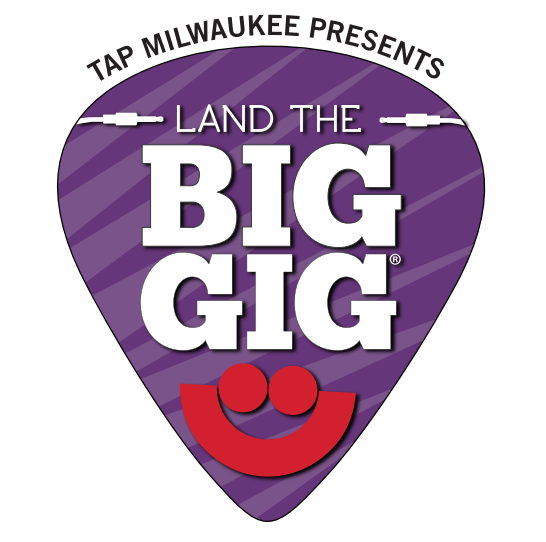 Posted at 21:25h in Music by WireBot 0 Comments

Milwaukee, WI (THE WIRE PRESS) – The 5th annual Land the Big Gig® music competition is now accepting submissions, giving the nation’s top musical talents the opportunity to win cash prizes and a chance to perform live before thousands of music fans at Summerfest. Bands, musicians and singer-songwriters may enter the competition by uploading an audio file of an original song to LandtheBigGig.com through 11:00 am CDT on Thursday, May 12th, 2016. Presented by Summerfest and TapMilwaukee, Land the Big Gig® culminates in a live performance competition before thousands of Summerfest attendees.

Beginning Friday, May 13th at 11:00 am CDT, fans will vote for their favorite acts online. Fans may vote once per day for each of their favorite artists. The fans will decide the top 10 artists and the top three finalists will be decided on by a panel of local music industry leaders on Wednesday, June 15, 2016. Finalists will win the opportunity to play at Summerfest June 30th at the Briggs & Stratton Big Backyard and compete for over $25,000 in cash prizes.

“The local music scene in every city has exploded over the past 5 years. We’re excited to bring this contest to local talent across the country and give them the opportunity to Land the Big Gig,” said Milwaukee Journal Sentinel Senior Director of Marketing, David Ledlie. “A competition like this couldn’t find a better venue than Summerfest, where people all over the world come together to enjoy, discover and celebrate music.”

Summerfest, “The World’s Largest Music Festival” features over 800 acts and 1,000 performances on 11 stages over 11 days, providing an unforgettable live music experience for nearly 850,000 music fans from around the world. For the past 49 years, Summerfest has been Milwaukee’s cornerstone celebration, offering entertainment for everyone along the shores of Lake Michigan.

“We are excited to host Land the Big Gig® for the fifth year at Summerfest and help talented musicians from around the country realize their dreams of performing live in front of a huge crowd,” said Bob Babisch, Summerfest VP of Entertainment. “There is some amazing talent that comes through this competition and it’s great to see the winners get the attention they deserve.”

Last year’s competition spanned the country and almost 300 artists entered for their chance to Land the Big Gig® at Summerfest. Fans and contest entrants are encouraged to visit LandTheBigGig.com for updates and follow Land the Big Gig® on Facebook at Facebook.com/LandTheBigGig and Twitter at Twitter.com\landthebiggig.

About Tap Milwaukee
The Milwaukee Journal Sentinel’s TapMilwaukee.com is Southeastern Wisconsin’s essential guide to entertainment, providing everything you need to know about going out, staying informed and sharing that information with friends. Tap was created in 2011 to engage a growing market of readers who want local entertainment news at their fingertips. Our readers are passionate about things to do – from music to movies to dining and galleries – TapMilwaukee.com has it.

About Summerfest
Summerfest 2016 will take place June 29th to July 3rd and July 5th to 10th, 2016 from Noon until Midnight and will be closed Monday, July 4th. Following its 1968 debut, Summerfest has evolved into what is now recognized as “The World’s Largest Music Festival” and Milwaukee’s cornerstone summer celebration, bringing the music industry’s hottest stars, emerging talent and local favorites along with approximately 850,000 people from Milwaukee and around the world together each year for an unforgettable live music experience. During the festival, the spotlight shines on over 800 acts, over 1,000 performances, 11 stages, delectable food and beverages and interactive activities, all in a world-class festival setting. Patrons can also enjoy Miller Lite, the Official Beer of Summerfest. For more details, visit Summerfest.com, Facebook.com/summerfest or Twitter: @Summerfest.